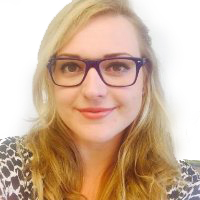 Ema is an associate with Baker & McKenzie LLP, Vienna, focusing on international arbitration and mediation. She holds an LL.M. degree from Harvard Law School, as well as a Master’s Degree in Law from the University of Zagreb. Ema is a New York qualified lawyer and has practiced in both civil and common law jurisdictions. Her dispute resolution practice focuses on disputes related to the ex Yugoslav countries, including before the local arbitration institutions. 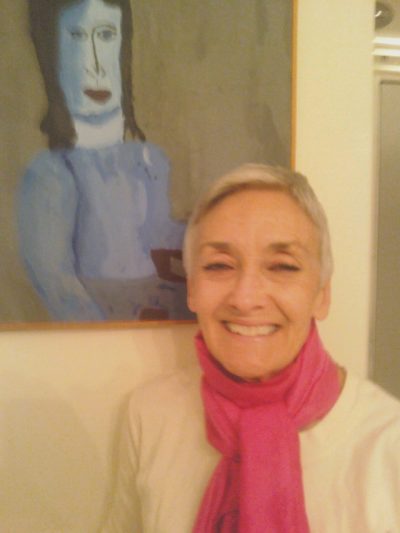 Catherine is a Law professor teaching and consulting in the area of international and US intellectual property, especially in the areas of copy right and trademark. Her specialty are all areas of entertainment law. She uses mediation exclusively as a means to address entertainment law issues and has  also taught mediation method classes. Catherine is certified as a mediator by the Drake School of Law, the California Lawyers for the Arts and WIPO. 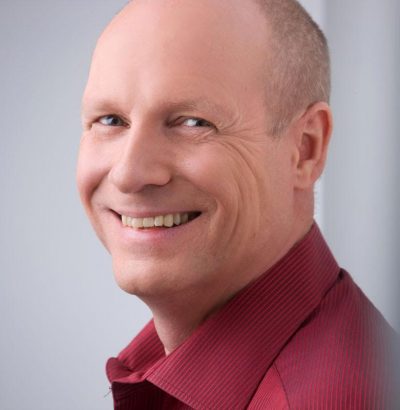 Charlie has been working in the field of negotiations and conflict management for the WU Wien Executive Academy since 2008, for the IMC Krems in 2009 – 2014, for the HHL Leipzig Graduate School of Management in 2012 and for Donau-Universität Krems 1999-2002 in the field of convincing argumentation. He worked for HPS Hierhold Presentation Services as a trainer throughout Europe from 1998 – 2012 and has been a professor at Webster University, Vienna campus since 1992.

Charlie was born and raised in Minnesota, USA. He successfully completed his graduate studies at Thunderbird School of Global Management, Arizona in 1980 with an MBA in International Management. His special fields included Marketing and Finance. He became involved in training negotiation, presentation and communication skills back in 1985 and has been training executives and students around Europe in these fields for over 30 years. He was an Expert Assessor at the CDRC Vienna in 2015 and was Senior Judge at the Lex Infinitum in Goa, India in Spring 2016.

He owns Into Results (www.IntoResults.eu), a company specialized in training negotiation, presentation and communication skills. His private interests include skiing, travel, public speaking, computers and running. 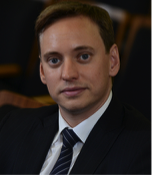 Diego Faleck is a business mediator and a dispute systems designer. He received his LL.M. degree from Harvard Law School and is a professor of negotiation and mediation at FGV São Paulo Law. Mr. Faleck served as interim secretary and chief of staff of the Secretariat of Economic Law of the Ministry of Justice in Brazil. He has experience in the ICC’s Commercial Mediation Competition, having coached a 1st and a 3rd place team. 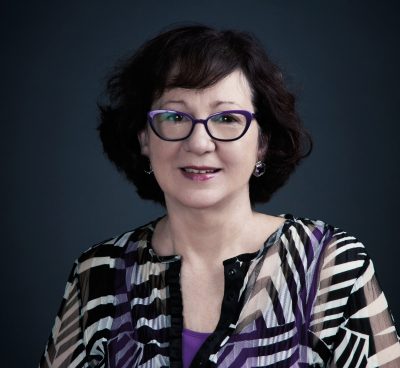 Dr Rosemary Howell has experience as a lawyer, strategic planner, teacher and CEO and has served a term as Secretary General of the Law Council of Australia. She is a nationally accredited a mediator. She delivers mediation, coaching, facilitation, strategic planning and training services to a diverse range of business and government clients in 6 countries. She has appeared in the International Who’s Who of Mediation since 2013. 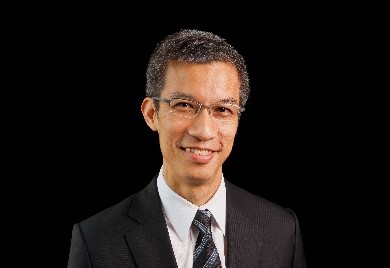 Tat is a lawyer, mediator and trainer.  He has postgraduate law, business and construction law degrees from National University of Singapore and King’s College London. His areas of practice as a lawyer and mediator have included banking, corporate, construction, real estate, intellectual property and family law. He is accredited by several mediation institutions, including Singapore Mediation Centre (SMC), CEDR, NMAS, HKMAAL and IMI.  As trainer, he has delivered negotiation and mediation training to judges, lawyers, professionals and business executives across several countries.  He is also an SMC assessor for the accreditation of mediators and involved as a judge in the ICC International Mediation Competition.  He is Chairperson of the Society of Mediation Professionals (Singapore) and Secretary-Treasurer of the Mediation Committee of the International Bar Association (IBA). 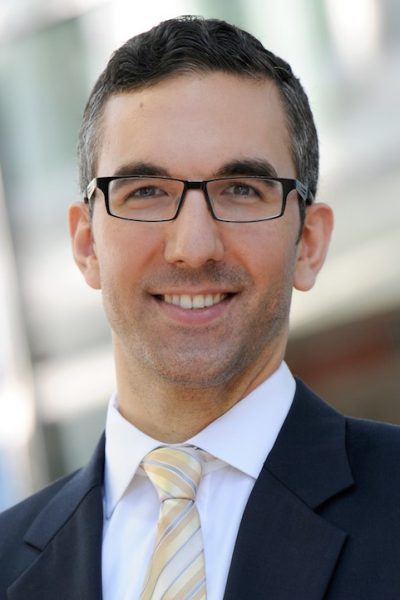 Raffael works for the German Federal Ministry for Food and Agriculture in Berlin. Previously, he acted as the managing director of the Munich Center for Dispute Resolution (MuCDR), where he coached the first winning team from Germany at the ICC Mediation Competition in Paris. As a trained mediator, Raffael teaches Negotiation Preparation at the Ludwig Maximilian University of Munich. He served as expert assessor at the CDCR in Vienna and has judged, coached and organized multiple other competitions with mediation and negotiation focus. Raffael was awarded for an entrepreneurial project by the Federal Ministry for Economic Affairs and Energy. His legal education includes stays in Munich, Athens and New York. 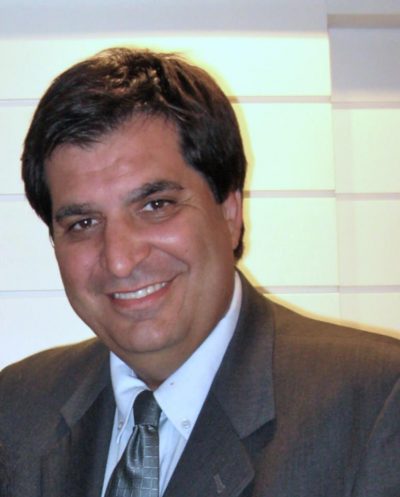 Lawyer (LL.B at University of São Paulo – USP, in 1987 LL.M. in Commercial Law in the same institution in 1989), founder of Ragazzo, Simões, Spinelli, Lazzareschi and Montoro Advogados (1990); Arbitrator (since 1998) with participations as counselor and arbitrator and coarbitrator in several domestic and international disputes, and included in the panel of arbitrators from CAE-EUROCAMARAS; Mediator capacitated in Brazil and Argentina (since 2011) acted in several cases as counsel, mediator and comediator; member from the Mediation Commission of CAM-CCBC (since 2013) and participant of its list of Mediators; member from the Business Mediation Commission from GEMEP-CBAr( since 2012); Negotiator trained by Scotwork (2009) and University of Berkeley (2010), Teacher of Negotiation Techniques for post graduate students at FIAP (since 2013), and visiting professor for other universities and speaker in many ADR events; one of the coaches from PUC-SP team, which participated at the 10th ICC International Commercial Competition (Paris, 2015); arbitrator in the III and VII Pre-Moot at Curitiba (2011 and 2015); co-author of arbitration book “Expert-Witness in Arbitration” (2013) and author of other articles about Mediation (mainly about Business Mediation). Speaks Portuguese, Spanish and English.

Catherine is a Law professor teaching and consulting in the area of international and US intellectual property, especially in the areas of copy right and trademark. Her specialty are all areas of entertainment law. She uses mediation exclusively as a means to address entertainment law issues and has  also taught mediation method classes. Catherine is certified as a mediator by the Drake School of Law, the California Lawyers for the Arts and WIPO. 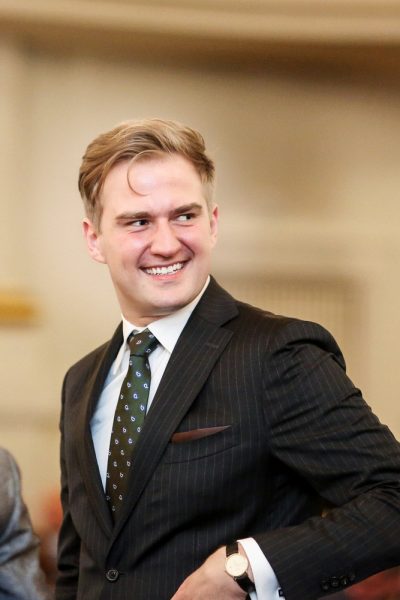 Accredited mediator (Lewiatan Mediation Centre, Warsaw, Poland, formerly involved in the Ministry of Economy programme on promoting mediation in Poland), specialised in international and domestic commercial and consumer mediation. Attorney at Law (Adwokat, admitted to the Polish Bar). Participant of the Joint Ph.D. Programme in Law (University of Antwerp, Belgium and Jagiellonian University, Krakow, Poland), with particular reference to commercial mediation as well as consumer ADR and ODR. Lecturer and trainer: international commercial mediation and arbitration. Involved in the ICC International Commercial Mediation Competitions since 2009. Expert assessor during the CDRC Vienna 2015. One of the Jagiellonian University Team coaches for the 18th and 19th edition of the Willem C. Vis Moot Competition. Previously: visiting student at Harvard Law School, Katholieke Universiteit Leuven (completed Harvard Law School Program on Negotiation Workshop there) and visiting researcher at Heidelberg University. Jagiellonian University: School of American Law (2007), Master of Laws Programme (2009) and Postgraduate Diploma in Banking Law (2011). He is fluent in English and Polish. He has organised and participated in numerous international and domestic conferences and training programmes on mediation and arbitration (organised by, inter alia, ICC, CIArb, CPR, ABA, UIA, AIA, OHIM) and published publications on various legal topics. 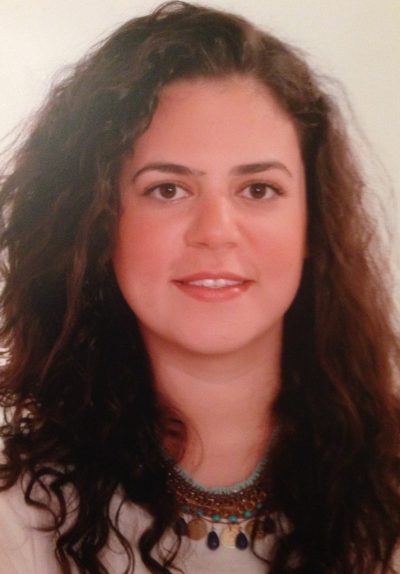 Laila El Shentenawi is a qualified Lawyer in Egypt and a Senior Associate at Al Tamimi & Company in the Arbitration and Dispute Resolution team based in Dubai, UAE. Her practice focuses on arbitration, mediation and sports dispute resolution. Her clients include governments, regional organisations, international organisations, multi-national companies, banks, investors, international athletes and sports bodies. She is the co-chair for the IBA Young Mediators Sub-Committee, the MENA representative for the IBA Mediation Committee and is a member of several mediation and arbitration groups.

Laila is a CEDR accredited mediator listed with the Cairo Regional Centre for International Commercial Arbitration-CRCICA as well as the Investors Dispute Resolution Center affiliated to the General Authority for Investment and Free Zones in Egypt-GAFI.

Laila also trains on mediation with CEDR and regularly lectures on arbitration.  Laila studied at the Cairo University-Egypt, Bucerius Law School and Otto Beisheim School Of Management-Germany, and Queen Mary University of London-UK. 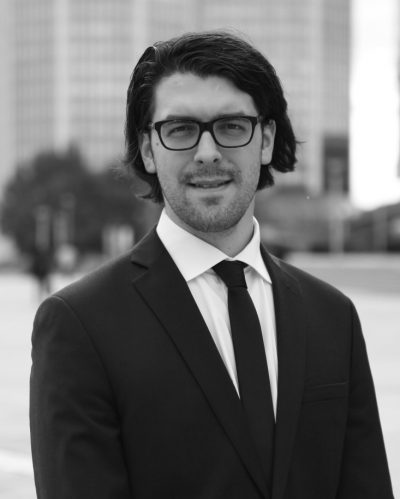 Martin is one of the leading Czech mediators and arbitrators who has acted in several international cases both in mediation and arbitration, especially in the central and east European region. He speaks fluently Czech, English, French and German. He is a lecturer at the Charles University in Prague, at the Seminar of European and Comparative Law in Urbino, Faculté Libre de Droit Institut Catholique de Toulouse and at the Université des Antilles et de la Guyane in Guadeloupe. He is visiting lecturer at the Comenius University in Bratislava, (Slovakia) and at the Shanghai University of Political Science and Law. He was a speaker at the UIA World Forum of Mediation Centres in Prague and at the several other international conferences.

Thomas P. Valenti is an attorney, mediator, arbitrator facilitator and trainer. He has been extensively trained in all aspects of Dispute Resolution. Tom is a former Board Member of Mediators Beyond Borders International (MBBI]. He was Co-Leader of the Athens Migration Dialogue Project. Mr. Valenti was also involved with the Middle East Peace Initiative working with an Israeli Jewish and Palestinian peace village, Neve Shalom Wahat Al Salam (NSWAS) and its Pluralistic Spirituality Center Project. Tom has an interest in understanding the issues raised with cross-cultural disputes. This interest is also enhanced by his work with The International Academy of Dispute Resolution (INADR), which is a charitable organization set up to further the interest of mediation amongst law students globally.  He has judged numerous International legal, negotiation,  arbitration, and mediation competitions. He has travelled to the UK, Dubai, India and Europe to train and teach courses in Negotiation, Mediation and Arbitration. He is also on the International Training Faculty of ADRGroup UK, London.