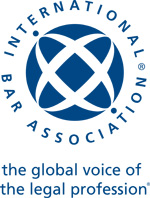 The Vienna International Arbitral Centre (VIAC) is the premier international arbitration institution in Central and Eastern Europe. The new Vienna Mediation Rules of VIAC can be downloaded here.

Association for the Organization and Promotion of the Vienna Mediation and Negotiation Competition
Registered Association Number 034757894
Schwarzenbergplatz 3, 1010 Wien
office@CDRCVienna.org 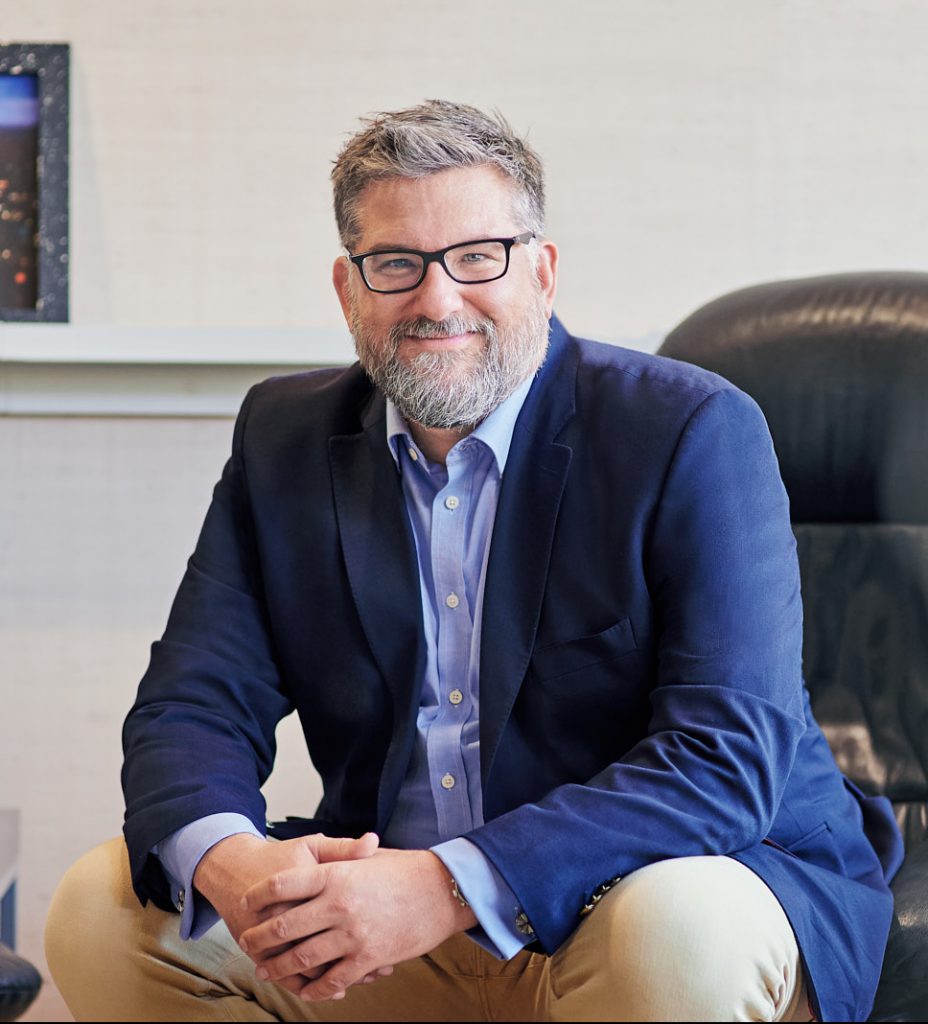 Thomas practices as an international mediator, arbitrator, negotiator, and legal consultant. Based in the Netherlands, he works globally and has a keen interest in resolving commercial, corporate, and investor-State disputes, but also disputes relating to MSMEs, travel and tourism, business and human rights, as well as to international organisations, their staff, contractors, and consultants. Thomas also specialises in disputes relating to art and cultural objects. He is a Local Partner* with Themis, a leading boutique art law firm, and a panel arbitrator of the Court of Arbitration of Art in The Hague, Netherlands.

Common (Australian) and civil (German) law-trained, and fully bilingual (English / German), Thomas combines his cross-border legal knowledge and skills with the ability to quickly grasp even the most complex facets of disputes. His superior communication skills, acute awareness of cultural differences, and strong creativity are very appreciated by parties and participants. He is also called upon to skill up businesses in early dispute intervention, avoidance, and mitigation, and trains business leaders to understand dispute risks.

Thomas freely shares his experiences and knowledge. He teaches mediation at a University in Vienna, Austria, and has regularly coached and assessed at mediation and arbitration competitions. He is the co-founder of Sankalp – The Dispute Resolution Organisation, a global community of ADR Enthusiasts. Thomas is widely published and speaks regularly on topics relevant to his practice. 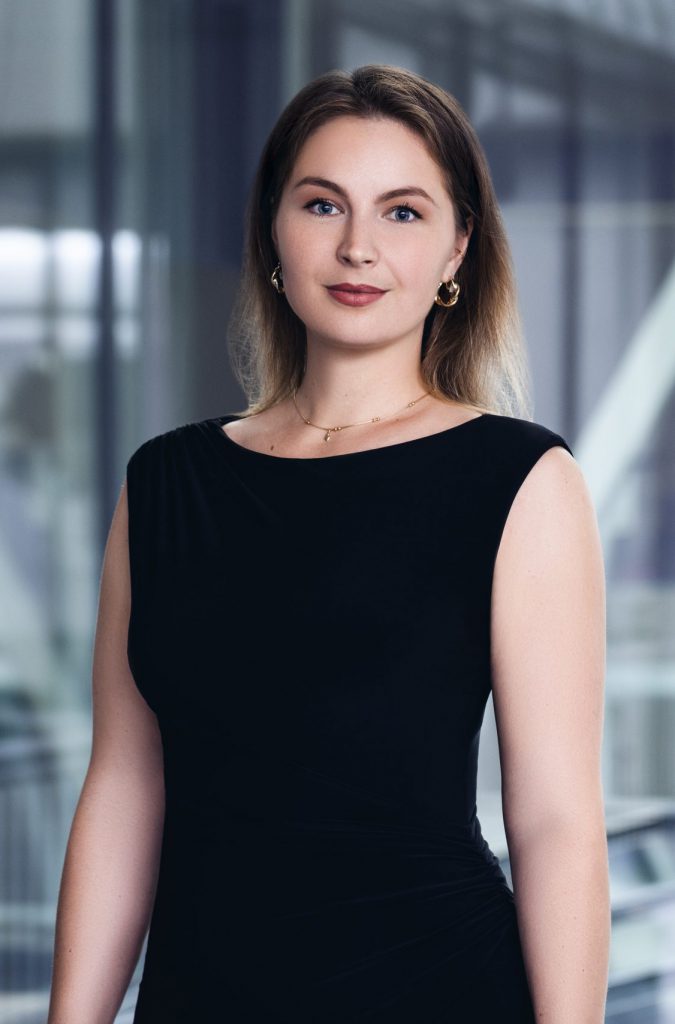 Ema Potočnik is based in Vienna, Austria, where she works as the VIAC CAN Director at the International Arbitral Centre (VIAC). Originally from Slovenia, she obtained her master’s degree at the Ljubljana Faculty of Law. Her work has always had a strong CEE / SEE focus, starting in diplomacy and the energy sector on the international level and now focusing on institutional mediation and arbitration. She is a certified mediator and a woman of many interests. 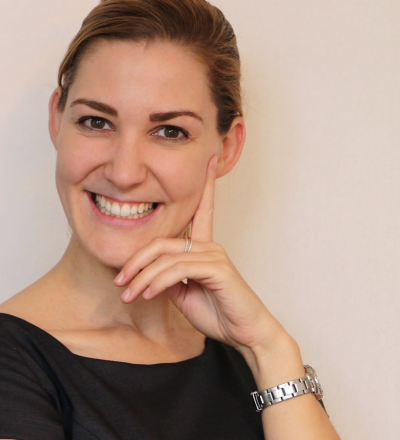 Claudia Winkler is a Negotiation Trainer specialized in training lawyers in the art and science of negotiating – with the other side and for more satisfaction with their own clients. An energetic and creative communicator she blends her variety of top legal educations with her international legal and business experience. Claudia received her Master’s and Doctor’s degree in European and International Law from the University of Linz and her LL.M. from Harvard Law School. Her professional experience reaches from law to government, non-for-profit, start-up, university, and international institutions. She has worked as the ADR development coordinator with the New York International Arbitration Center (NYIAC) during her time as a Fulbright scholar and is a licensed Mediator in New York. She has been the Director of the IBA-VIAC CDRC Vienna Mediation and Negotiation Competition in Vienna since its inception in 2015. As a trainer (www.necademy.com) Claudia has worked with law firms, businesses, conferences, and universities in the United States, Europe, Africa, Asia, and Australia. 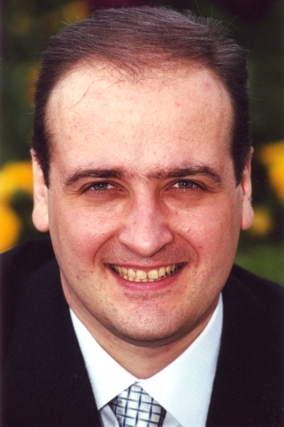 Federico Antich graduated at the School of Law, University of Florence, Italy and earned an LLM in U.S. and Global Business Law at Suffolk University Law School, USA, after having completed postgraduate studies at Harvard Law School, UC Davis, UC Berkeley and at King’s College, UK.

He practices as an Attorney at Law in Florence since 1997. Since 1999 he also practices as a civil and commercial mediator and is currently accredited by several Organizations including the Center for Effective Dispute Resolution (CEDR), the International Mediation Institute (IMI) and has been the first Italian to be inducted as a Distinguished Fellow of the International Academy of Mediators (IAM). He currently serves as President of the Italian Delegation of the Mediation Center for Europe, the Mediterranean and the Middle East (CEM) and as Co-Chair of the Mediation Committee of the International Bar Association (IBA). He is also a Member of the American Bar Association (ABA) – International Section, the Chartered Institute of Arbitrators (MCIArb) and since 2004 he has been involved in teaching the theory and practice of non-contentious dispute resolution, having also received certification as a trainer of trainers in mediation by CEDR, by Mediation Works Inc. Boston (MWI) and as a trainer in higher education by the Derek Bok Center for Teaching and Learning at Harvard University.

Since 1 January 2022, Niamh Leinwather has taken office as the new Secretary General of the Vienna International Arbitral Centre (VIAC). Of Irish origin, Niamh has both a common and civil law background (Bachelor of Civil Law, University College Dublin, Mag.iur., University of Vienna, Master of European Studies, University of Vienna). She was the first Irish woman to be admitted to the Austrian Bar in 2013 and has over a decade of experience in international dispute resolution at Freshfields Bruckhaus Deringer in Vienna where she acted as both counsel and arbitrator.

Nikolaus Pitkowitz is founding partner and head of dispute resolution at Pitkowitz & Partners, Vienna and Vice-President of VIAC. He holds law degrees from the University of Vienna (JD and PhD) and the University of Sankt Gallen, Switzerland (MBL) and is also qualified and certified as a Mediator. Dr. Pitkowitz has been practising law since 1985. His practice, which has always been very international with a strong focus on CEE, initially mainly comprised trans­actional work in the fields of Real Estate and M&A and soon expanded to international dispute resolution. Nikolaus Pitkowitz is considered one of the preeminent Austrian dispute resolution practitioners. 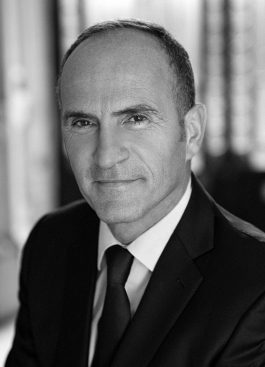 Martin Hauser is a certified mediator in Germany and France. He leads national and international commercial mediations in English, French, and German. Martin has a legal background in intellectual property, IT, licences, distribution, competition, complex industrial projects, and international business law.

With over 30 years of practice as a business lawyer in commercial litigation, international arbitration, and negotiations, Martin works full-time as a commercial mediator on the resolution of complex and emotional legal conflicts.

He is accredited with mediation institutions such as ICC Centre for ADR, Paris, CMAP, Paris, WIPO Arbitration and Mediation Center, Geneva, EUCON, Munich, VIAC, Vienna, IFCM/IMI, Paris/The Hague, and listed with the Paris Court of Appeals and CNMA, Paris.

Martin is Co-Chair of the IBA International Bar Association Mediation Committee. He is a Distinguished Fellow of the IAM, Dallas, and is selected by WWL Who’s Who Legal Mediation.

Martin is a member of the Munich (Rechtsanwalt) and Paris (avocat honoraire) Bars.

He practiced from 1988 to 2019 as a founding partner at BMH AVOCATS, Paris. From 1980 to 1983, he was a research fellow in French intellectual property and competition law with the Max-Planck-Institute for Innovation and Competition, Munich. Martin holds degrees of Master of Arts (M.A.) in negotiation and mediation from the European University Viadrina Frankfurt Oder (2015), Master of Comparative Jurisprudence (M.C.J.) from New York University (NYU) (1986), Doctorate in Law (Dr. iur.) from the University of Munich (1983) and law degrees from the Universities of Munich and Freiburg i. Br. (1985, 1979).

Mary Walker BA Hons LLB, Barrister, has been an ADR practitioner since 1990. During this period, as a member of an independent Bar, Mary has arbitrated, mediated, negotiated, and facilitated multi-party, environmental, and community disputes, designed dispute resolution systems and provided expert appraisal/expert determinations and facilitated expert panels and provided ombudsman services in respect to thousands of disputes across jurisdictions referred by solicitors, industry and government bodies and corporations, both domestic and international. Amongst other appointments, Mary is Chair of the Law Council of Australia Federal Litigation and Dispute Resolution ADR Committee, Chair of the Law Council of Australia International Law Section, and Co-Chair of the International Arbitration Committee. Mary is a board member of the Australian Centre for International Commercial Arbitration, Co-Chair of the International Bar Association Mediation Committee, and a member of the International Mediation Institute (IMI) Appraisal Committee. Amongst other appointments, Mary was previously a President of the Australian Dispute Resolution Association and a member of the IMI Independent Standards Commission. Mary was awarded the Inaugural Australian Mediator of the Year Award in 2016 by the Australian Disputes Centre, again awarded Mediator of the Year in 2017 and 2018, and was also awarded International Mediator of the Year in 2018 and 2019. Mary was inducted into the Australian ADR Awards Hall of Fame as its Inaugural member in 2019. Mary was sponsored by Harvard to teach mediation with Professor Frank Sander in 1995. Mary is an internationally accredited Mediator and Mediation Advocate with the International Mediation Institute and is an accredited Investor-State Mediator with CEDR, London.