The Willem C. Vis International Commercial Arbitration Moot is an international moot court competition. Since 1994, it has been held annually in Vienna, Austria attracting more than 300 law schools from all around the world and spurring the creation of more than twenty pre-moots each year before the actual rounds are held in Vienna.

The object of the Vis Arbitral Moot is to foster study in the areas of international commercial and arbitration laws and encourage the resolution of business disputes by arbitration. The problem for the moot is always based on an international sales transaction subjected to the United Nations Convention on Contracts for the International Sale of Goods, 1980 (also referred to as the United Nations or the Vienna Sales Convention, or CISG) and also involves procedural issues of arbitration. The moot consists of submitting written memoranda prior to the moot on designated dates for both sides of the dispute (Claimant and Respondent in legal terminology). The oral arguments phase of the moot is held in Vienna.

CPR is the only independent nonprofit organization whose mission is to help global business and their lawyers resolve commercial disputes more cost effectively and efficiently. For over 30 years, the legal community has trusted CPR to deliver superior arbitrators and mediators and innovative practical solutions to business conflict. CPR’s membership comprises the leading thinkers and practitioners in dispute resolution, including executives and legal counsel from the world’s most successful companies and global law firms, government liaisons, retired judges, highly experienced neutrals and leading academics. For more information, please visit www.cpradr.org.

The Energy Community Secretariat’s Dispute Resolution and Negotiation Centre was established in 2016. It is attached to the Legal Unit of the Secretariat and is chaired by Mr Dirk Buschle, the Head of the Legal Unit and Deputy Director of the Secretariat. The Centre offers facilitation and mediation of disputes between private parties and investor-state and state-state disputes. It combines technical, legal and political expertise with the independence and standing of an experienced international organization and respected negotiation facilitators and mediators.

The Centre builds on the expertise of more than thirty in-house experts of the Energy Community Secretariat, dealing with energy issues in their entirety. It also covers related fields, including consumer protection and environmental issues. The operation of the Centre is supported by an experienced panel of international mediators and experts.

Founded in 1985, the Hong Kong International Arbitration Centre (HKIAC) is one of Asia’s oldest and most prestigious international arbitration institutions, offering efficient and cost effective arbitration administration services, in addition to mediation, adjudication and domain name dispute resolution. According to Global Arbitration Review, “No regional institution has been running so successfully for so long.” With its multinational and multilingual Secretariat consisting of lawyers from around the world and a Panel Arbitrators comprised of leading arbitration experts with wide ranging expertise and experience from over 40 jurisdictions, HKIAC is Asia’s premier arbitration institution.  The preeminence of HKIAC as a venue for resolving international and domestic disputes is bolstered by its spacious state-of-the-art hearing facilities in central Hong Kong and is reflected in its diverse caseload, of which more than 75% of disputes were international and featured parties from more than 30 jurisdictions including the People’s Republic of China, the United States of America, the BVIs, the United Kingdom, Korea, the Philippines, the Netherlands, Australia, and Singapore. 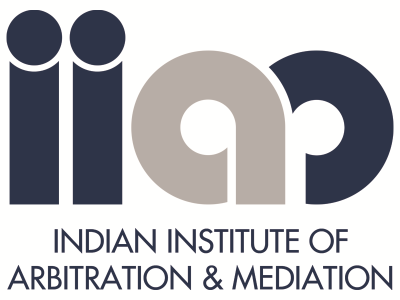 Indian Institute of Arbitration and Mediation (IIAM) is one of the pioneer institutions in India, providing institutional Alternative Dispute Resolution (ADR) services, which includes international and domestic commercial arbitration, mediation and negotiation and conducting training programmes in ADR. IIAM is a non-profit organization registered in India and commenced its activities in the year 2001.

IMI is a non-profit public interest initiative to drive transparency and high competency standards into mediation practice across all fields, worldwide. IMI makes a positive difference to, and is changing the landscape in, the dispute resolution world.  Competently handled, mediation empowers parties to a conflict such that their mutual consensus is the focus in decision-making.  Promoting a better, less adversarial access to justice, IMI programs and standards add value to the quality and transparency of conflict management, thereby facilitating consistent, credible, and ultimately more satisfactory outcomes to those who desire it most – the parties (Users). 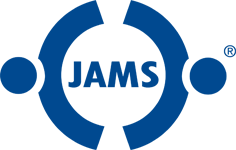 JAMS is the largest private alternative dispute resolution (ADR) provider in the world. With its prestigious panel of neutrals, JAMS specializes in mediating and arbitrating complex, multi-party, business/commercial cases – those in which the choice of neutral is crucial.  JAMS has 27 Resolution Centers in North American and within the EU and handles cases in every geography worldwide. Through the JAMS Foundation, JAMS actively supports the development of dispute resolution worldwide.  The Weinstein JAMS International Fellowship Program, inaugurated in 2008, provides opportunities for qualified individuals from outside the United States to study dispute resolution processes and practices in the U.S. in order to advance the resolution of disputes in their home countries. 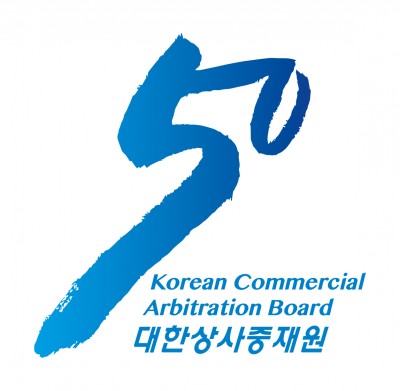 Established in 1966 as a nonprofit organization, the KCAB is the only arbitral institution in Korea. The KCAB aims to provide efficient, cost-effective alternative dispute resolution (ADR) services including arbitration, mediation and consultation. The KCAB has a huge pool of professional arbitrators from diverse areas of expertise and experiences. It now enjoys a world-class reputation for its advanced ADR services from the global community.

The Kuala Lumpur Regional Centre for Arbitration (KLRCA) is a non-profit, non-governmental international arbitral institution that was established in 1978 under the auspices of the Asian-African Legal Consultative Organisation (AALCO). It was the first centre of its kind to be established by AALCO in Asia.

The Centre, which operates from its state of the art premises, Bangunan Sulaiman, provides institutional support for domestic and international arbitration. Other functions include; dissemination of knowledge on ADR and arbitration, promoting the use of ADR domestically and internationally, to training in arbitration of legal practitioners, judges and other stakeholders.

Resolution Institute is a not-for-profit organisation with more than 4,000 members in Australia, New Zealand and the Asia Pacific region. It has been create as a result of the integration of LEADR with IAMA in 2014 and now hosts a vibrant community of mediators, arbitrators, adjudicators, restorative justice practitioners and other DR professionals. The Resolution Institute with its offices in Sydney and Wellington provides a full range of ADR services, including high quality mediation training and accreditation, up to date listing of mediators and other ADR practitioners, assists organisations to develop effective dispute resolution processes, establishes and supports state and regional chapters and special interest groups and promotes ADR in the region. 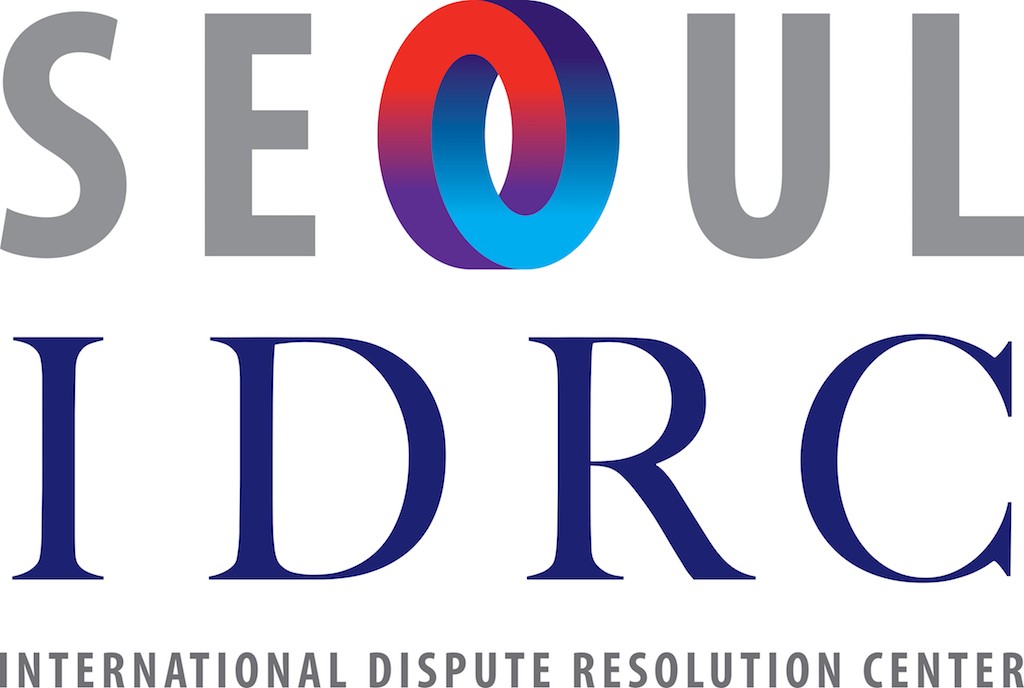 Seoul IDRC is a multi-purpose hearing facility located in Northeast Asia. We are equipped with the latest and most advanced technology tailored to support international arbitration hearings and arbitration related conferences.

Seoul IDRC currently hosts the regional offices of a number of leading arbitral institutions including the AAA/ICDR, HKIAC, ICC, and SIAC, and maintains cooperative relationship with CIETAC, ICSID, LCIA, PCA, SHIAC, and WIPO. Not only is Seoul an international and geopolitically significant city, but Korean courts are also neutral, efficient and arbitration-friendly. As a result, Seoul IDRC is widely recognized as an ideal venue for resolving international disputes related to commerce and investment.

The Singapore International Dispute Resolution Academy (SIDRA) is the world’s first regional hub dedicated to global thought leadership, and training and educational expertise in negotiation and dispute resolution.  SIDRA offers a series of signature training programmes and an international platform for exchanging and developing ideas on theory and practice, policy development. SIDRA offers a forum for contemporary Asian voices to participate in global conversations on negotiation and dispute resolution. Visit the SIDRA website: www.sidra.academy or email SIDRA at nadja@sidra.academy . 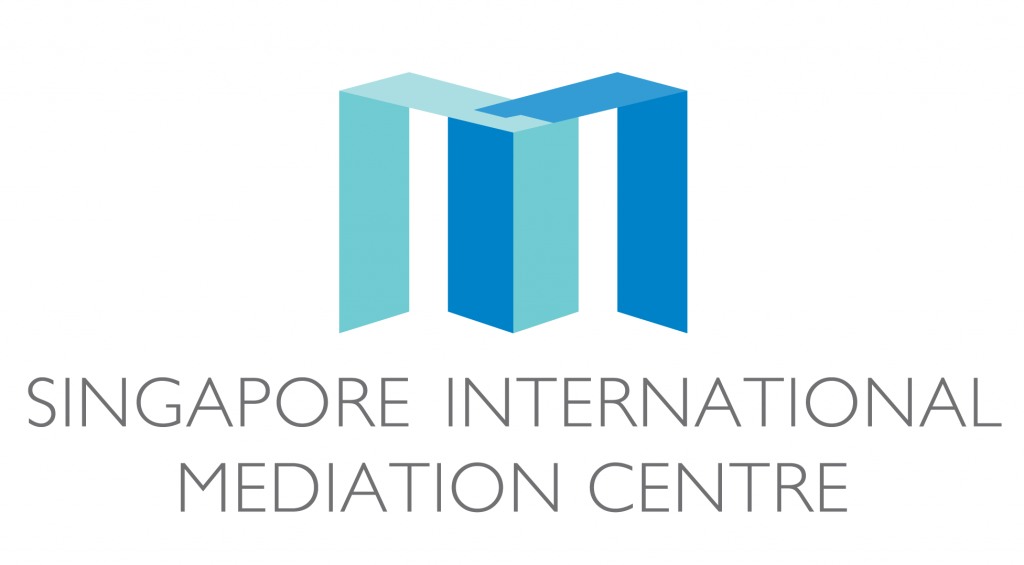 Established in March 2014 as an independent, not-for-profit company, the Singapore International Mediation Centre (SIMC) provides world-class mediation services and products targeted at the needs of parties in cross-border commercial disputes, particularly those based in Asia. SIMC’s services include assisting parties with entering into a mediation agreement, appointing mediators in case parties cannot agree on a mediator, as well as providing case-management services and administrative and logistical support. SIMC has a distinguished panel of over 65 internationally renowned mediators drawn from Africa, Asia, Australia and New Zealand, Europe and North and South America.  SIMC has further collaborated with the Singapore International Arbitration Centre to offer an Arb-Med-Arb service designed to provide maximum value at minimal cost, efficiency coupled with flexibility and confidentiality combined with enforceability, all within an institutional framework and rules that incorporate global best practices.

The Singapore International Mediation Institute (SIMI) was incorporated on 15 July 2014 as a non profit organisation, with support from both the Ministry of Law as well as the National University of Singapore. SIMI is headed by an international Board of Directors with representatives from both mediation practitioners as well as corporate users of mediation. SIMI works closely with the International Mediation Institute (IMI), a non-profit public interest initiative to drive transparency and high competency standards into mediation practice across all fields, worldwide.
SIMI aims to apply and enforce world-class standards of mediation, to provide impartial information about mediation, to make tools available to parties to make basic decisions about mediation, and to promote mediation education and awareness. 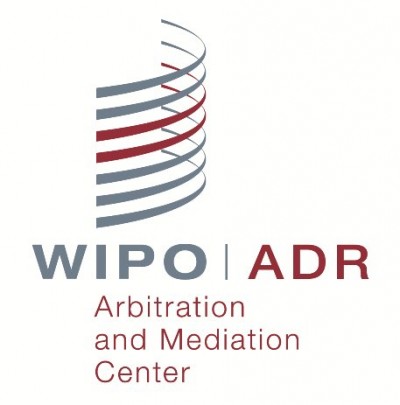 With offices in Geneva, Switzerland and in Singapore, the World Intellectual Property Organization Arbitration and Mediation Center offers alternative dispute resolution (ADR) options, such as mediation and arbitration, to enable private parties to efficiently settle their domestic or cross-border commercial disputes. The WIPO Center is international and specialized in intellectual property and technology disputes. It has a strong focus on controlling the time and cost of its proceedings.

WIPO Mediation, Arbitration, Expedited Arbitration and Expert Determination Rules are generally suitable for all commercial disputes, and additionally feature provisions to address specific needs in IP disputes, such as provisions on confidentiality and technical evidence. Parties can draw upon an extensive database of international independent WIPO arbitrators, mediators and experts, skilled in IP and ADR.

YMI collaborates with similar groups & supports other initiatives in their mission to assist young mediators in their quest for experience. Within the process of exchanging experience and learning from experienced mediation professionals, it is hoped that young mediators and mediation advocates will eventually qualify as IMI Certified Mediators and Mediation Advocates. The Young Mediators Initiative is run by its members on a voluntary basis and is free to join. We invite you to join YMI and collaborate!