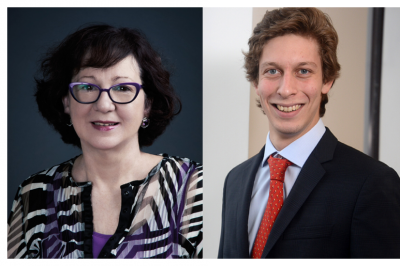 YGAP:  Tell us a little about yourself.

RH:      I am fortunate to have a most interesting life as a ‘pracademic’. I have a professorial role at the university where I teach Dispute Resolution and Negotiation at undergraduate and postgraduate level. I also have a busy practice as a mediator, facilitator, coach and trainer. In my private life, I am an artist and I am fortunate enough to have my own studio where I work on the weekends.

END_OF_DOCUMENT_TOKEN_TO_BE_REPLACED

Talking About Mediation with the Young Global Ambassadors – Cezary Rogula

The 2016 CDRC Vienna once again proved that bringing students and professionals from all over the world together provides an advantage for everyone involved. In this regard, Young Global Ambassador Programme (“YGAP”) is trying to bring international mediation experts even closer to past and future participants at CDRC.

In this edition, Cezary Rogula, accredited mediator and attorney at law (adwokat), practicing law and doing mediation at his office in Krakow, Poland shares with us some of his views and experiences. Cezary held many roles at various competitions, from assistant to the coach and observer to volunteer, mediation session supervisor and professional. As a PhD candidate and practicing lawyer, he gives a unique view of the competition and encourages everyone to take part.

END_OF_DOCUMENT_TOKEN_TO_BE_REPLACED

Talking About Mediation with the Young Global Ambassadors – Jawad Sarwana

Talking About Mediation with YGAP 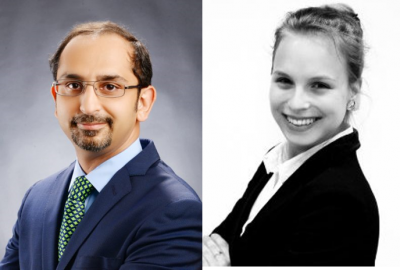 The 2016 CDRC Vienna was built on the idea of changing the future of dispute resolution by creating an international competition which fosters the decisive skills needed for a successful mediation session. 30 teams from Universities around the globe compete against each other to achieve a mutually agreed upon solution in an inspiring mediation session.

Part of this unique competition is the Young Global Ambassador Programme (“YGAP”), where the ambassadors are trying to close the gap between international mediation experts and institutions. Making the world more aware of mediation and negotiation as one of the most effective and sustainable dispute resolution method is one of the main tasks to be achieved. In order to give an insight into expert’s mediation experience, a series of interviews with CDRC’s expert assessors was initiated.

In this edition, Jawad Sarwana, name partner at Abraham & Sarwana, and a highly distinguished assessor of CDRC’s 2015 and 2016 editions enlightens us with some of insights, experiences, and views on the beauty of mediation. Jawad is furthermore not only an advocate at the Supreme Court of Pakistan but also Chair of the IBA Mediation Committee (2016, 2017). END_OF_DOCUMENT_TOKEN_TO_BE_REPLACED

Young Global Ambassadors from the Year 2016

Just completed her law degree from SOAS, University of London in the UK. Her legal studies led her to compete in CDRC Vienna 2016, which founded her interest and passion for mediation. Jenny also participated as a volunteer in the ICC mediation competition earlier this year. Previously to studying law, Jenny earned a BA in French and Linguistics. She has interned in law firms in the UK and in Luxembourg as well as undertaking a legal translation and interpretation position for a year in a Paris consulting firm. Aside from French and English, Jenny also speaks Spanish and is learning German. Jenny has enjoyed taking part in the Young Global Ambassador Programme and as such was looking forward to continuing her
CDRC experience in the third edition of the competition.

Tanima Tandon graduated from National Law University, Delhi with a B.A. LL.B. (Hons.) and the Vice Chancellor’s Gold Medal in 2015. She is a certified civil and commercial mediator with the ADR Group, London. Her exposure to ADR varies from organising trainings and observing court-annexed mediations to judging and competing in several tournaments including the FDI international Arbitration Moot, INADR Dublin, INADR Chicago and the Med-Arb Moot in Hong Kong. END_OF_DOCUMENT_TOKEN_TO_BE_REPLACED

Young Global Ambassadors from the Year 2015

Currently completing a Masters in Law and Economics at HEC Lausanne, Omar is a law graduate and a member of the Young Global Ambassador Program (YGAP). He participated in last year’s first edition of CDRC as a negotiator on Saint Joseph University’s team. Through his masters, Omar aims to grow his knowledge and specialize in corporate and business law by gaining an insight in the financial, economic and management aspect of corporations. He truly believes in the alternative dispute resolution process, as it is a cost and time effective, sustainable solution for business clients. He is a member of the YGAP because he wants to help promote commercial mediation in his home country, Lebanon.

Talking About Mediation with the Young Global Ambassadors – Marcus Lim 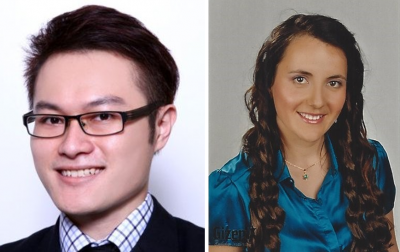 Success, progress, and enthusiasm these are three words which perfectly describe CDRC Vienna. The 2016 CDRC Vienna amazed us as it hosted 30 University teams, more than 90 experts and coaches all around the world.

From 28 June to 2 July 2016, 30 teams competed against each other by discussing real world commercial-legal problems. The aim was to brainstorm in open minded-manner and to find the best solution for both parties. The competition focused on improving participants negotiation and mediation skills not only by sessions during the competition but also by mediation and negotiation workshops led by mediation pioneers and practitioners. END_OF_DOCUMENT_TOKEN_TO_BE_REPLACED

Talking About Mediation with the Young Global Ambassadors – Michael Mcllwrath

Extraordinary. No other word could describe more appropriately the quality, capacity,   knowledge, effort and results of the 2016 edition of CDRC Vienna.

The progress and the development the competition has gone through since its inaugural 2015 edition is clearly noticeable. The number of participating universities has nearly doubled, the expert assessors are back with their usual professionalism and the collaborators and staff are dedicated to making things happen all through the course of this mediation-centered week.

END_OF_DOCUMENT_TOKEN_TO_BE_REPLACED

One year ago, the International Bar Association (IBA), the Vienna International Arbitral Centre (VIAC), and the European Law Students’ Association (ELSA) launched the first edition of the Consensual Dispute Resolution Competition (CDRC) Vienna. The inaugural success and the enthusiastic feedback and support for the competition’s new concept quickly caught international attention and led to a second edition in 2016. From 28 June to 2 July 2016 Vienna witnessed, for the second time, the next generation of dispute resolution practitioners paving the way towards consensual methods of settling the business disputes of the future. END_OF_DOCUMENT_TOKEN_TO_BE_REPLACED

The concept behind this article is to briefly present the first four elements (chapters) of a system of negotiation and mediation techniques, strategies, practical approaches, which worked well for the Bulgarian team at the Consensual Dispute Resolution Competition in Vienna (28.VI-02.VII.2016) and fully crystallized after “collisions” with negotiation cultures of teams from all around the globe happened, and after advice from dozens of ADR experts and practitioners was received. END_OF_DOCUMENT_TOKEN_TO_BE_REPLACED

Why mediation? Because mediation offers an alternative way to dispute resolution and gives parties the chance to explain their needs and wants END_OF_DOCUMENT_TOKEN_TO_BE_REPLACED

Team Application 2020
Online application for teams starts on 1 December and ends on 31 January.

Contact
Get in touch with us for any other questions
Top